This simple and deliciously moist Pear Honey Rosemary Bundt Cake is a fall inspired dessert that is just perfect for any day of the week.

The earthy flavour of rosemary lends itself well in combination with the sweet pears and honey. There is just a small amount of this woodsy herb…enough to awaken your taste buds to its subtle fragrance. 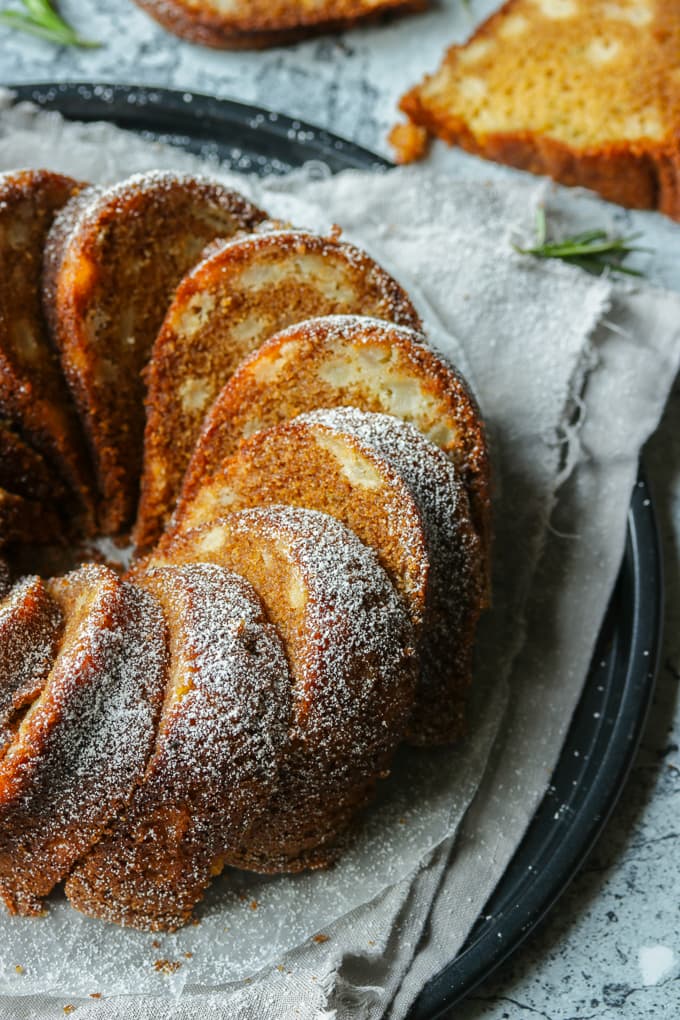 Papa’s pear tree stands proudly in his garden and continues to thrive.

Since his passing, one of the things I miss the most besides his absence…is his garden.

There were also fig trees with their luscious sweet fruits and a wonderful variety of lettuces and fine herbs.

It was a wonderfully tended garden! 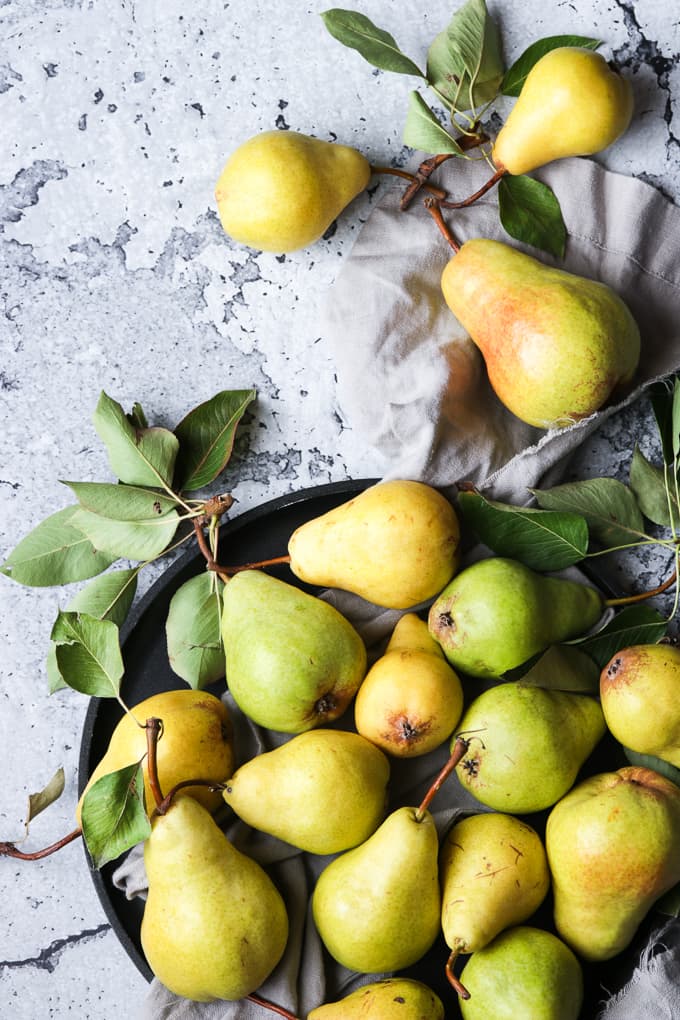 So when my sister gave me loads of these ripe pears from my papa’s tree, I immediately realized that I had more then we could possible consume in a week.

I then came across this Pear Honey Rosemary Bundt Cake from the Bake from scratch magazine. I was immediately intrigued as I had never baked with rosemary before.

We start with a buttery pear compote infused with the chopped rosemary.

The lovely aromatic compote is then cooled and stirred into the cake batter and baked till golden brown in colour.

This bundt cake is simple and pretty with a slightly dense texture. And…oh…so moist!

You’ll find that it actually tastes better the next day which makes it a perfect make ahead cake.

That’s so worth considering when planning a large family gathering as this frees up much needed oven space.

And then all that’s needed before serving is a light or generous dusting of powdered sugar for a little extra love and you’ll have a fabulous Fall dessert!

How to make a pear and rosemary compote

How to Remove a Bundt Cake From Its Pan

If you love herbs in sweet baked goods then this Pear Honey Rosemary Bundt Cake is definitely for you!

Print Pin
No ratings yet