These Slow Cooker Chocolate Raspberry Brownies are ridiculously easy to make. They’re ever so moist and fudgy, and with all the attributes of a great brownie! All you’ll need is 15 minutes of prep time to make these homemade treats and your slow cooker does the rest! 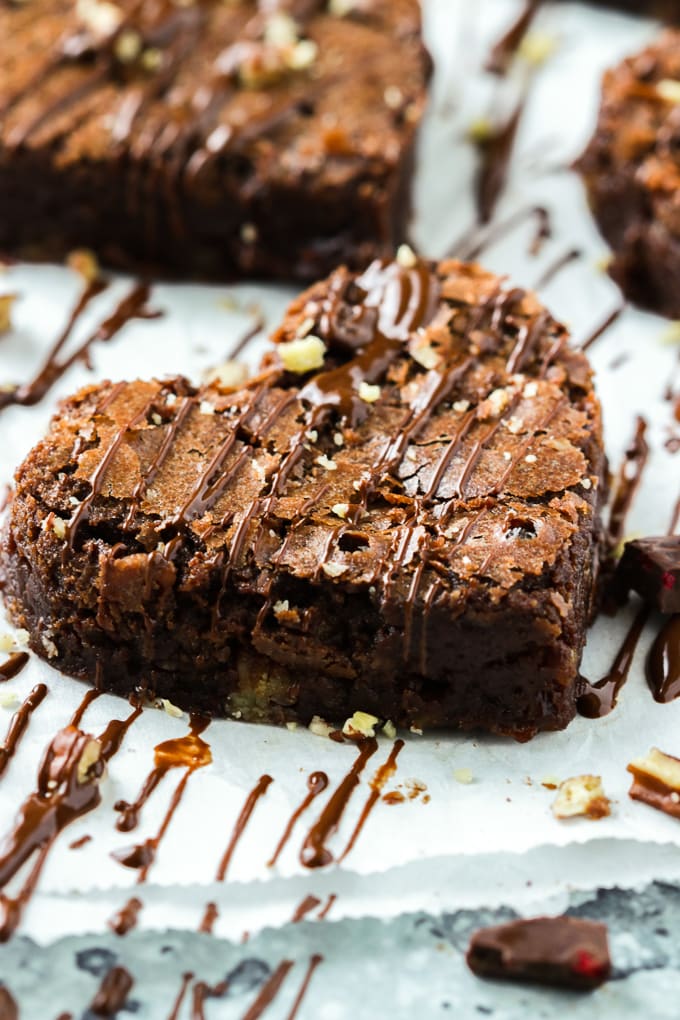 These chocolate raspberry brownies came to be purely by mishap and all because, a while back, my gas oven refused to ignite. But, that’s a whole other story.

And yet here I am, years later, with the exact same issue and around Valentine’s Day no less.

I had never before used my slow cooker in baking. I’ve always associated it with savoury meals and never would have thought it could produce such a delightful treat.

And so without question, I knew these Chocolate Raspberry Brownies were just begging to be made again!

After one blissful bite of these moist fudgy brownies with that burst of sweet raspberry goodness, I kind of wondered why it took me so long to make again!

But make no mistake, I’ll definitely be making them more often as I’d love to experiment with different flavoured chocolates. Although I must say, the raspberry flavoured variety is tops for me.

As you can see from these Chocolate Raspberry Cream Cheese Cookies. I simply adore the chocolate and raspberry combo!

So much so that I also use raspberry flavoured chocolate when I bake this pretty Triple Chocolate Brookie Tart. 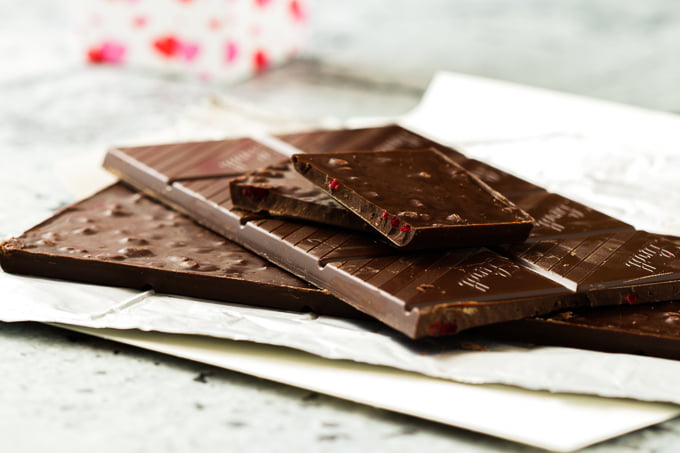 For this recipe I used dark chocolate raspberry bars from Lindt Chocolates but feel free to use any brand you like!

I’m not sponsoring this brand here, but do use a good quality dark chocolate of your choice.

You can also use other favourite flavours of yours. 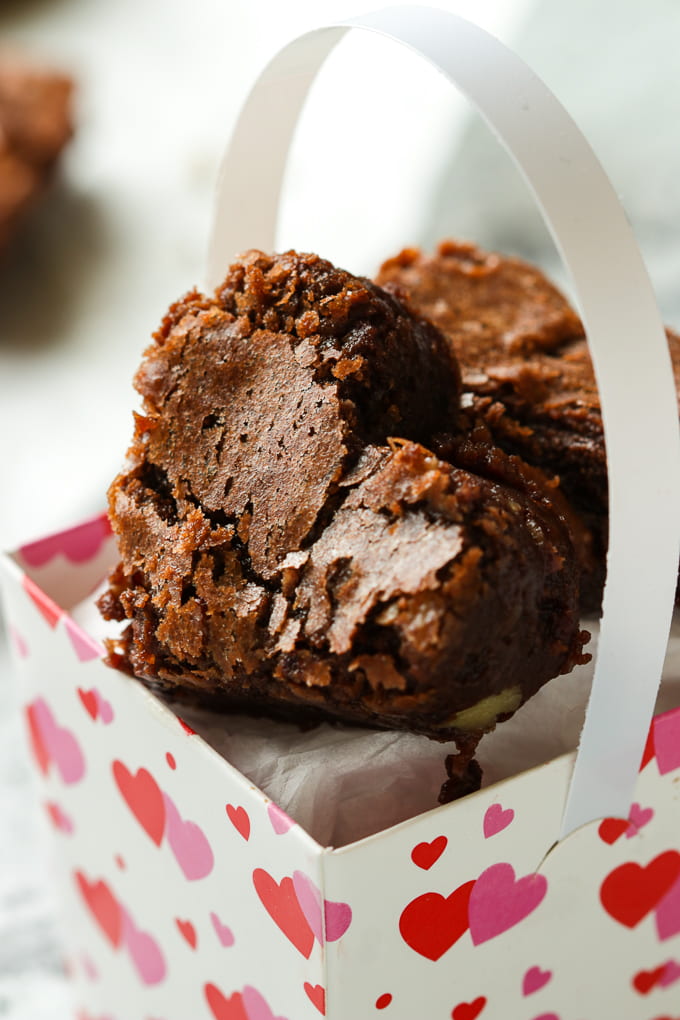 You will find that these brownies are not on very cake-like but rather more dense in texture and will satisfy any chocolate cravings you may have.

With crispy outer edges and soft fudgy middles, they are sure to please any palette.

As an added bonus, prep time is fairly quick and easy and the slow cooker slowly and surely wins the race here.

How to Make Chocolate Raspberry Brownies in a Slow Cooker

You’ll want to first start by preparing your slow cooker.

Grease the inside with butter or margarine and line the bottom with parchment paper while over extending along the sides of the slow cooker. This facilitates the removal of the brownies.

Melt the butter and chocolate together. You can do this in a microwave or over a double boiler. Either will do just fine.

Set the chocolate mixture aside to cool while you chop the pecans or walnuts. Whichever you use is fine but you can also omit the nuts if you prefer.

Once cooled, whisk in the sugar and then the eggs, vanilla and salt.

Add the flour to the chocolate mixture and stir very well for 2 minutes.

Finely, stir in the chopped nuts if using.

Transfer the chocolate brownie batter to the prepared slow cooker and cook on low heat for 2 hours and 15 minutes  approximately.

Slow cookers vary from one model to another therefore use the estimated cooking time as a guideline. I increased mine by 10 minutes.

You’ll know they’re ready when the edges are thoroughly cooked while the centres are somewhat softer.

Remove the inside container from the slow cooker and allow to cool for 1 hour.

The brownies are easier to remove from the slow cooker when they are sufficiently cooled.

I find it easier to tilt the slow cooker slightly on its side while holding on the parchment paper and sliding the brownies out in one fluid motion.

How to serve slow cooker brownies

These Chocolate Raspberry Brownies are rather lovely on their own but a scoop of ice-cream certainly makes them a little more indulgent!

You can also go sweet and simple with a drizzle of melted chocolate and a sprinkle of chopped pecans.

Or serve alongside some fresh raspberries for an even simpler plating.

Whichever way you serve them, they’ll definitely disappear in a flash!

This recipe was originally published Feb 8, 2017 and republished Feb 12, 2020 with updated content and photos.

These Slow Cooker Chocolate Raspberry Brownies are ridiculously easy to make. They're ever so moist and fudgy, and with all the attributes of a great brownie! All you'll need is 15 minutes of prep time to make these homemade treats and your slow cooker does the rest!
Course Dessert
Servings 12
Calories 272kcal
Author Marisa

This recipe is adapted from Ricardo Magazine, Fall issue.I've substituted the dark chocolate for a raspberry flavoured dark chocolate and used a tad more in quantity.To serve, I drizzled the brownies with melted chocolate pieces and sprinkled the tops with finely chopped pecans.They're simply amazing!